Matt first reviewed a Bender Fender back in November 2009 and his is still going strong. With some fork changes towards the end of last year I was “forced” to give one a go as I couldn’t fit my SKS Shockblade to my tapered fork steerer. 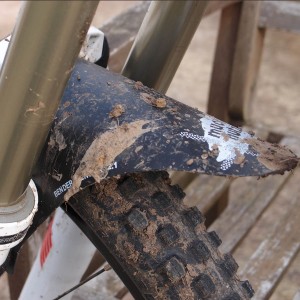 Apparently the 2.1 is a little thicker than version 2.0 and that version is a little bit refined from the version that Matt first reviewed. 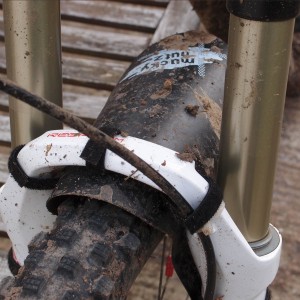 Basically it fits the same way, 5 velcro straps securing it to the stanchions and fork arch, and once fitted doesn’t seem to move. As you can see it’s seen some mud over the last few months and it does it’s job of stopping the mud flying forward and up, only to land on your face a second later. One major added benefit that not all mud guards provide is that it keeps most of the mud away from the suspension stanchions. 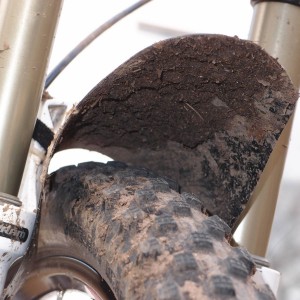 I run mine with a  conventional Crud Catcher and seem to come away nearly as clean as with the Shockblade.

So, in summary, it’s light, cheap and it works. Grab one!

I’ve also noticed on Mucky Nutz Facebook wall that they are developing a rear, seat mounted version. This looks really interesting for the full suspension riding, short legged rider with a dropper post, who can’t mount any other sort of rear mudguard… i.e. me!

Filed under Components, Reviews in February 2012