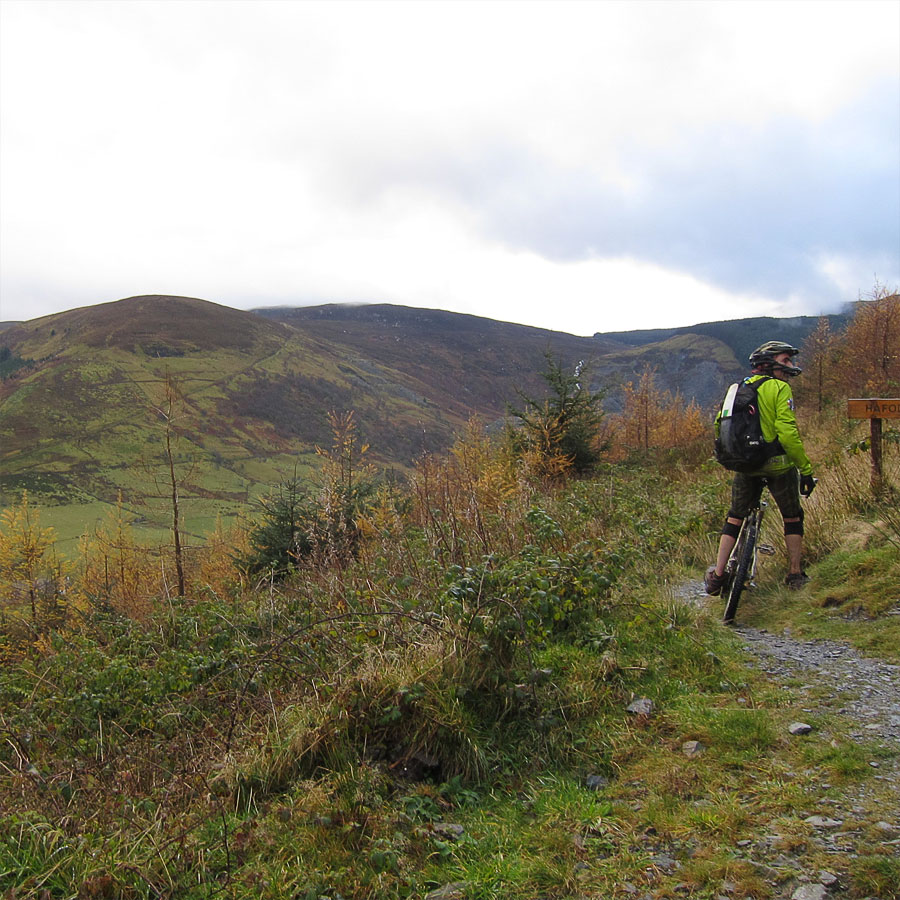 It wasn’t a playground fun feast of Llandegla or a Gnarr of Antur Stiniog, but Penmachno had it’s own charms*.

*This view might not of been universally held amongst the four moles on tour.

After a blast of a morning at Llandegla we got back to the centre and realised that we would have to forgo to excellent mega berms of the skills centre, pack up the car (which was already begining to smell fruity), put the bikes on the back (thanks Barry) and head off to Penmachno, so that we could stand a good chance of finishing before it got dark.

So with the car packed we ate and drove over to Penmachno. The weather was great and – relatively speaking compared to Llandegla – the car park was packed. We got the bikes off but the warmth of the day was fading and we were happy to start climbing in order to warm up. Matt was shivering and Andrew legs had cramped up on the way over.

Having ridden Penmachno before, I knew all about the starting fireroad climb and spun up to warm up, catching D’Andy as we got to singletrack. Pemnachno is a favourite of mine but unlike many other trail centres it feels quite “natural”. The trail is narrow (6-12inches) lumpy and winding in places. This trail requires concentration and speed to find a flow, but it’s hard work even on the flat-ish trails.

All too soon the first part of singletrack were over and we regrouped for the second fireroad climb. Throughly warmed but with some tired legs in the group (Andrew and D’Andy). Next it was into more sweet singletrack which finally brought us out of the trees (it was getting dark in there) to open moorland. 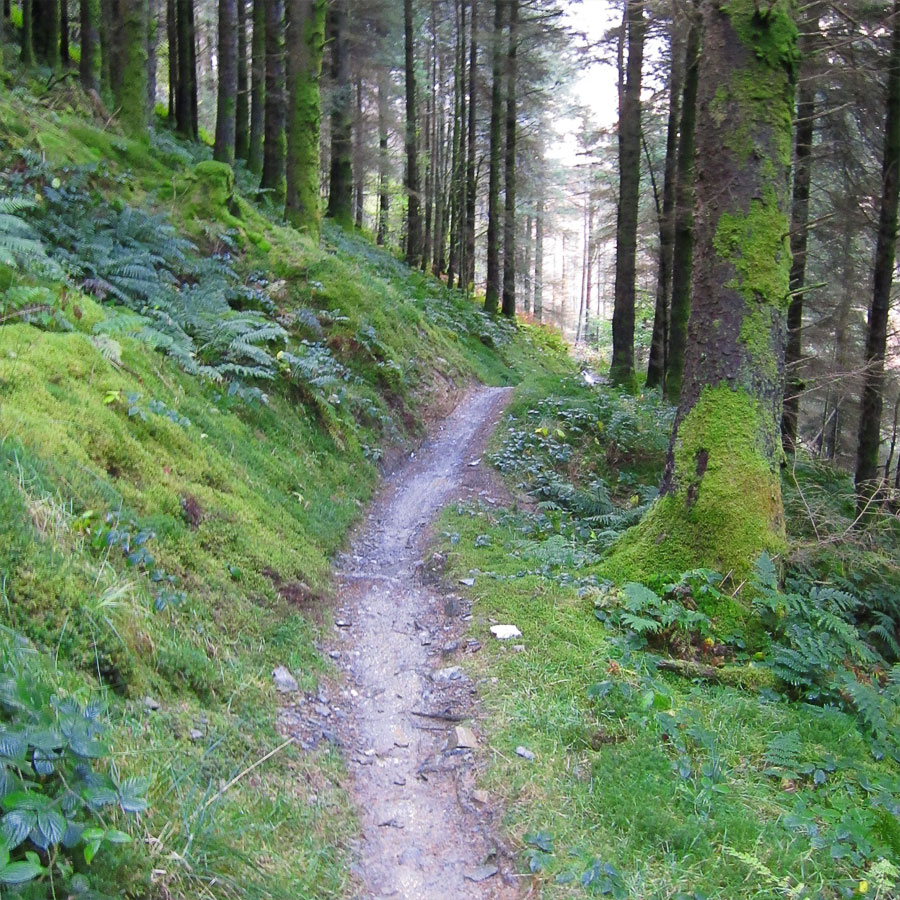 Another tough little gain of height across rocky narrow moorland paths brought us it just about the top of the train. Then it was across and down the slabby trail. The trial was certainly in worse shape then we rode it a couple of years ago and had eroded into little jarring drop offs with extra concentration required as the light rain made traction minimal. Damn it was fun though with a great view across the hills – if you could take your eyes off the trail.

From there on, it was mainly downhill and D’Andy was a man transfromed. It’s amazing what a bit of gravity does to him! The remainder of the trail, bar some short fireroads, was sweepy, narrow with tight switchbacks and lumpy rollers. A complete hoot as I chased for all I could give D’Andy’s back wheel. We all were grinning by the end! Altough Matt was a broken man, beaten up by the relentless route. 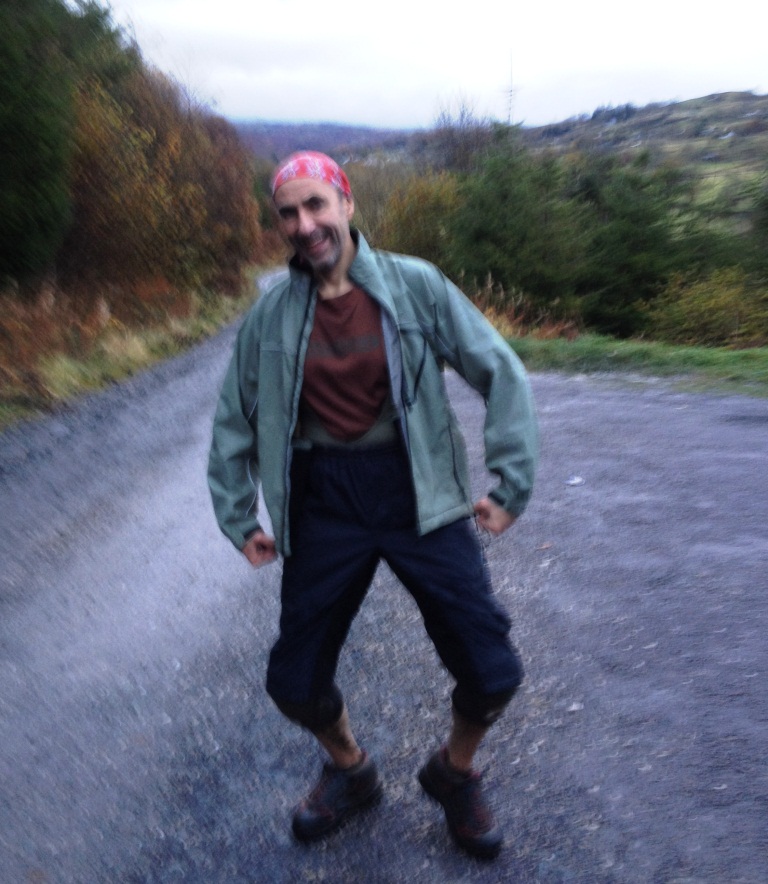 D’andy auditions for the Pirates of the Caribbean. I think!

The gravity must have gone to D’Andy’s head?

Then it was off to the gravity main course of Antur Stiniog.