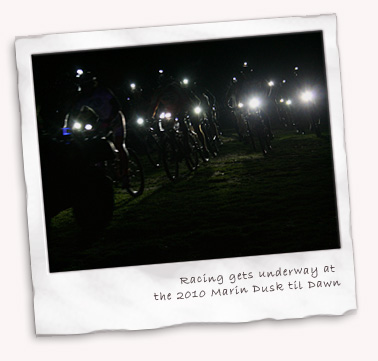 We’ve just returned from the 2010 Dusk til Dawn in Thetford Forest. After last years’ largely positive experience we can now say we’ve seen the best and worst of riding at Thetford after a night of relentless rain reduced the course to a near unrideable swamp.

It didn’t start out that way. Travelling up to Norfolk the weather was still and calm and it was hard to imagine the predicted rain was going to happen. Arriving at about 4:00 we found a large group of us were already out sampling the course in preparation.

The pit area, sadly devoid of an under-the-weather Paul901 and his espresso shots, was impressively comprehensive with awnings, a caravan and several man-size tents proving all the accommodation we would need. The only lack was none of them had porches which would have helped considerably to keep things dry in the eventual conditions we had to deal with.

I headed out solo while Mark conserved his energy and Tony wisely decided that his solo race effort was going to give him ample chance to familiarise himself with the course in any case. 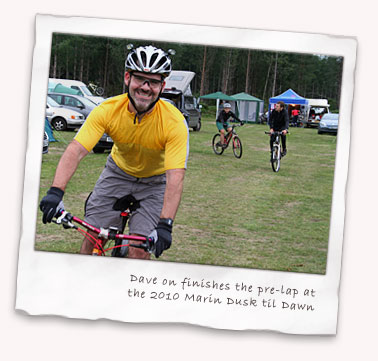 I found the trails to be in reasonable condition even though it was clear that rain or no rain they were going to cut up badly. At one point I stacked it into a tree, bruising my shoulder quite a bit on the same side I broke my collarbone a couple of years ago but no real harm done. It was certainly a tiring course with a very pumpy nature at racing speed.

By the time I arrived back at base I’d curtailed my speed by falling into a conversation with a guy called Steph who was riding with Street Life Cycles, a local Norfolk based team, but even so I managed a 1 hour lap or so. I reckoned favourable conditions would yield a circa 55 minute lap from me. Ha! as it turned out.

The race start at 8:00 saw the first hints that the rain was coming. By the time the riders were half way round the opening lap the heavens had started to steadily, but unremittingly disgorge a large quantity of water. At no time did it become torrential but it was substantial.

The effect was dramatic. The course, aleady soft, quickly cut up with the many riders and lap times grew and grew. By the time I was out (around the third racing hour), the course was suffering and despite my best efforts I managed just 1:06 after Colin had put in a 1:03 lap and Jem’s (traditionally slower) opening lap had been an impressive 58 minutes.

But the damage to the course continued. Jem’s second lap was 1:29, then Colin put in a 2:09 and my second lap was 2:04 after a spectacular sugar bonk just when I was thinking a 1:30 – 1:45 lap would be creditably possible. Jem finally completed our laps with a 2:09 lap at a point when everyone on the course was doing well to get near to 2 hours. Worse still, the satisfaction normally gained from race laps was entirely absent as the focus switched from racing to simply moving. The stunned, staring shells of broken riders littered the course.

Overall though, thanks to Jem’s final lap we managed to place 17 out of 89 three man teams. 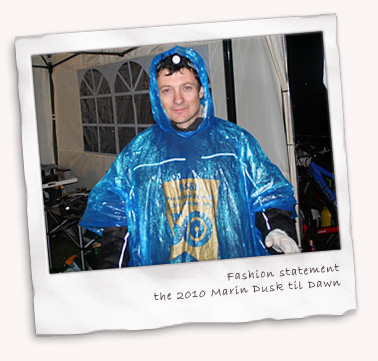 Our many other teams suffered equally. Our second three man team of Paul, MarkW and Joe managed 33rd, albeit with a highly dubious final lap time of 41 minutes. Amongst our fours, the Port and Stilton crew of D’AndyC, Keith, DaveC and Darren notched 34 of 58 while MarkJ, SimonM, Lee and JamesH managed just one lap each for 55.

Special mention needs to go to both Jez and Tony who solo managed 4 laps, more than any of the rest of us managed which was an awesome achievement. Their placings of 46 and 48 respectively from 138 soloists was very respectable.

Andy661 and James in the men’s pairs placed 62 of 74 in a brutal introduction to men’s pairs racing (I’m so glad Jem didn’t persuade me!) while Amanda and Adam managed 6th in the mixed pairs, all the more impressive since they were second or third at the time they decided enough was enough.

A very well done for all the survivors!

Courtesy of Timelaps who provided the race time management.

Filed under Racing, Reviews in October 2010