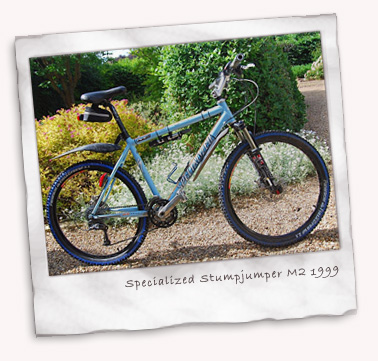 This is JohnR’s Stumpjumper which he uses to great effect, mainly on the climbs!

I think this bike is vintage rather than retro. I bought it online from Wiggle about 1999 and looking over the components I realise that other than the frame, the only thing I haven’t replaced yet is the seat post clamp.

Filed under Bikes in July 2009