Sigh. Of all the times for this to happen. My Novatech freehub has died on my WTB i25 rims.

This wheelset feels like it was fated from the very beginning. After my troubles getting the tyres to work, then struggles with the right kind of sealant and now, after 1695 miles, the freehub has died.

Either way, the freehub bearings on my Novatech D162SB-SL-B12 hub are finally shot. The shifting has been rubbish for ages, with a noticeable wobble to the cassette and an audible rumble when freewheeling. I decided this weekend to take a closer look at things. 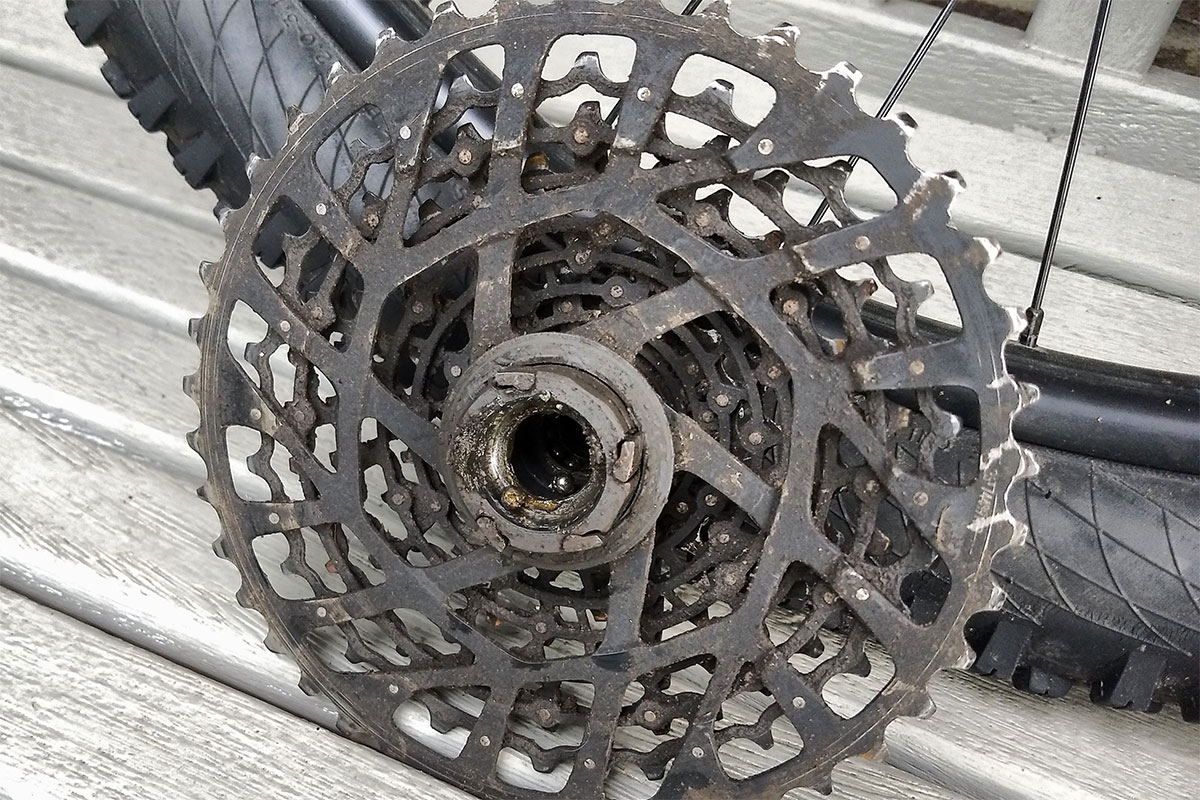 What a struggle that was. After an hour of wrestling with things it became clear that the cassette really wasn’t going to part company with the freehub. For better or worse, with a lot of persuasion I managed to lever the whole cassette/freehub assembly off in one piece. It was not a pleasant site.

As you can see from the photos, the axle remains in place but the freehub has detached, which has revealed some rather rusty freehub bearings (the cartidge bearings for the wheel are not too bad but the axle is obviously seized to the inner face of the cartridges).

This is clearly not how the Novatech assembly is supposed to come apart! It should be the cassette comes off as usual, then the axle and freehub slide out together, leaving the cartidge bearings for the wheel in the hub shell.

I am left with a few options, all of which are expensive in part due to the Covid/Brexit train wreck (take your pick over which one is most responsible).

My options are (bearing in mind my current set-up is a SRAM GX 11 speed drivetrain):

So Option 1. Simple right? Well first off the D162 comes with the axle and freehub as one part. But it is possible to buy a new axle and then a XD freehub separately which will cost around £60-65. The 10-42 cassette? IF you can find a SRAM XG-1150, it retails for around £140! Ouch. So that’s £200 all in to end up with – at best – a relatively heavy wheelset whose rims are ‘only’ 25mm wide and with hub shells that are fundamentally old skool 135/142 wide with some Boost spacers. Not ideal.

Option 2. I’m not desperate to simply buy a wheel. I will either end up with a heavy wheel, or an expensive one, plus I still need a casette. And the front won’t match.

Option 3. A new wheelset. This could work. There are some interesting options out there, with Hunt Trail Wides springing readily to mind, except they have no stock until December. More interesting perhaps is the SILT MTB AM wheelset which is similar ot the Hunt on paper but comes with a ratchet drive freehub, similar to the DT Swiss system. But, I still need a cassette so if I stick with SRAM that’s over £500 all in…

To be honest, I don’t really want to stick with SRAM. I am not impressed by their XD driver and from what I can tell, nor are many others. I could switch to Shimano perhaps as both Silt and Hunt offer the old HG freehub as an option. I could then fit an 11-42 cassette, and Shimano sell the Deore CS-M5100-11 speed cassette or (if you can find one) the SLX CS-M7000-11 speed cassettes as 11-42. It would mean I drop a tooth at the top end which I can live with. Of course, I would still be paying for new wheels plus a cassette but the cost would be sub-£500.

That leaves Option 4. If I am going to the trouble of new wheels I could just upgrade to Deore 1×12 and have done with it. That is the most expensive option of the lot, with the best price for the drivetrain that I can see being £225. Plus the wheels. Oh and I need new tyres… but on the flipside my experience of the Deore 12 speed so far has been truly excellent on my Bird Aether 9.

You can see where I’m going can’t you? I have a new hardtail frame on the horizon (of which more soon) and the idea of lighter, stiffer wheels and wider rims is appealing.

I can’t really see a way out of spending a lot of money now for long term enjoyment! But it also means my plans to upgrade my gravel wheels will have to wait a little longer too.