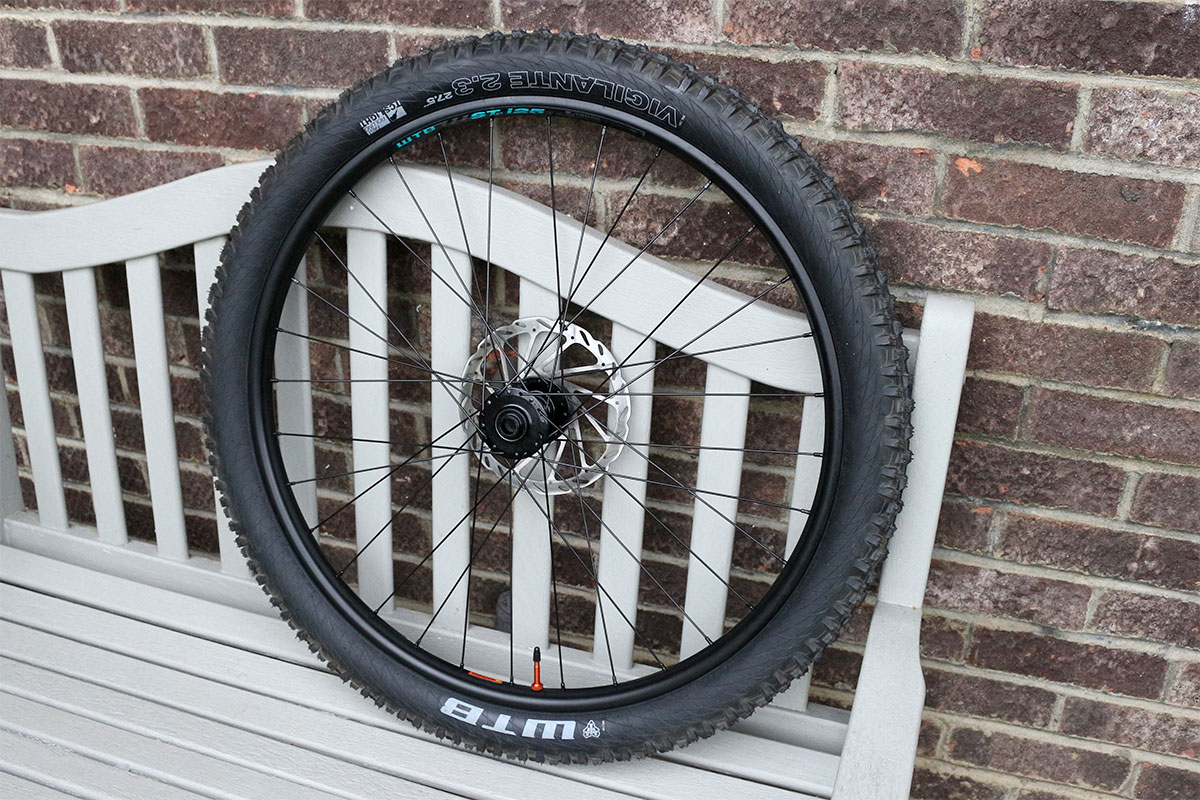 Following on from my rather straight-forward efforts to set up my Hunt Trail Wide MTB wheels tubeless, it was time to look at my Bird Zero AM.

The wheelset on the Bird is brand new and unused, inherited from the Pinnacle Iroko donor bike I bought from Evans Cycles. The WTB ST i25 wheelset came fitted with inner tubes, even though both the wheels and the WTB tyres are marked as TCS – WTB’s Tubeless Compatible System. In other words WTB’s flavour of tubeless easy.

Now I really don’t like using inner tubes on my mountain bikes because you never know when they will puncture – it’s usually miles from anywhere just when you’re getting tired or cold or wanting to be somewhere else. I wasn’t going to ride the Bird off-road without first converting to tubeless.

As it turned out, I’m really glad I didn’t risk a tubed puncture with these wheels.

Getting the WTB Vigilantes off the ST i25 rims

Maybe you can guess what I’m going to say?

Yep, those Vigilante tyres REALLY did not want to come off the rim!! As in not budging AT ALL! Try as I might, I couldn’t even get the tyre bead to move away from the wheel rim, let alone shift enough to get a tyre lever under them.

The problem had to do with both the profile of the rim and the tight tolerances of the WTB 27.5×2.3 TCS Light/Fast Rolling Vigilantes. It turns out the WTB ST i25 rim has a reasonably deep central trough with small hooks on the edge between the trough and the bead. As you can imagine, it’s designed to retain the bead on the rim to maintain an air tight seal. 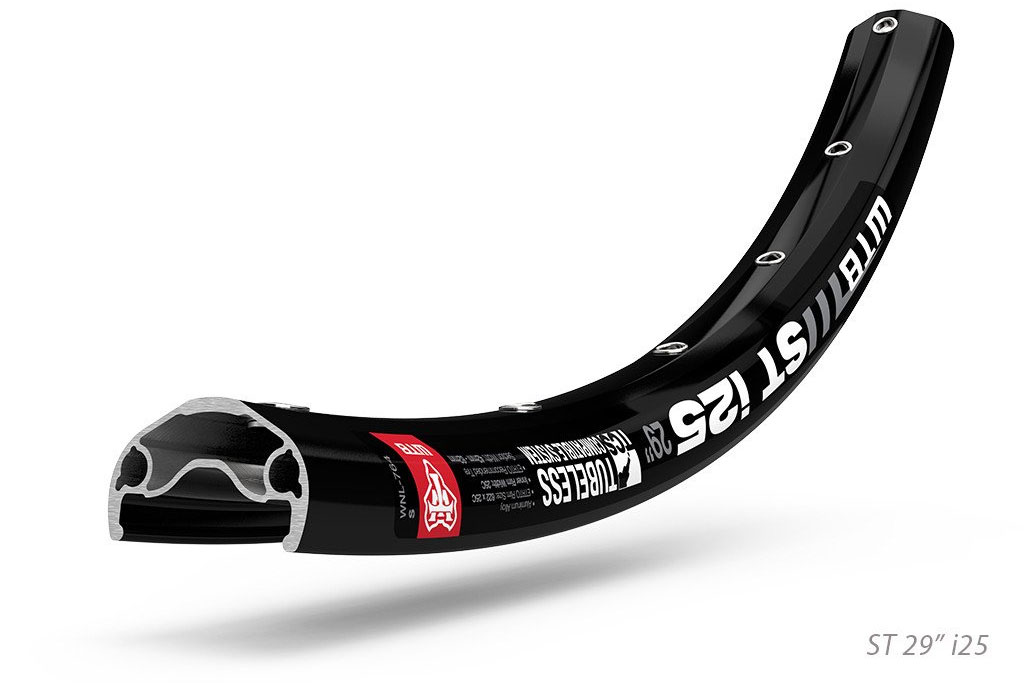 In addition to this, I think Evans Cycles had let the side down by using a really nasty plastic non-tubeless rim tape when setting up the bike. It was thick and so wide that it stretched right from bead to bead. With this in place, and the rim design, and the tight tyres…

…cue a very sweary hour to get one tyre off one rim! If I had been on the trail it would have required a team car rescue because there is no way anyone would have got those tyres off.

My annoyance was made all the more so because the WTB rims and tyres are intended to work together. It was really, really disappointing.

In the end, I had to lubricate the rim with my Schwalbe tubeless mounting fluid so that the fluid could lube the rim bead and tyre bead, then I gently eased a screwdriver in between the bead and the tyre. By pulling stoutly on the sidewall I managed to gradually shift a three or four inch section of tyre bead into the central channel, over the raised lip. It was incredibly difficult and I was really worried a slip of the screwdriver would damage my brand new wheels. 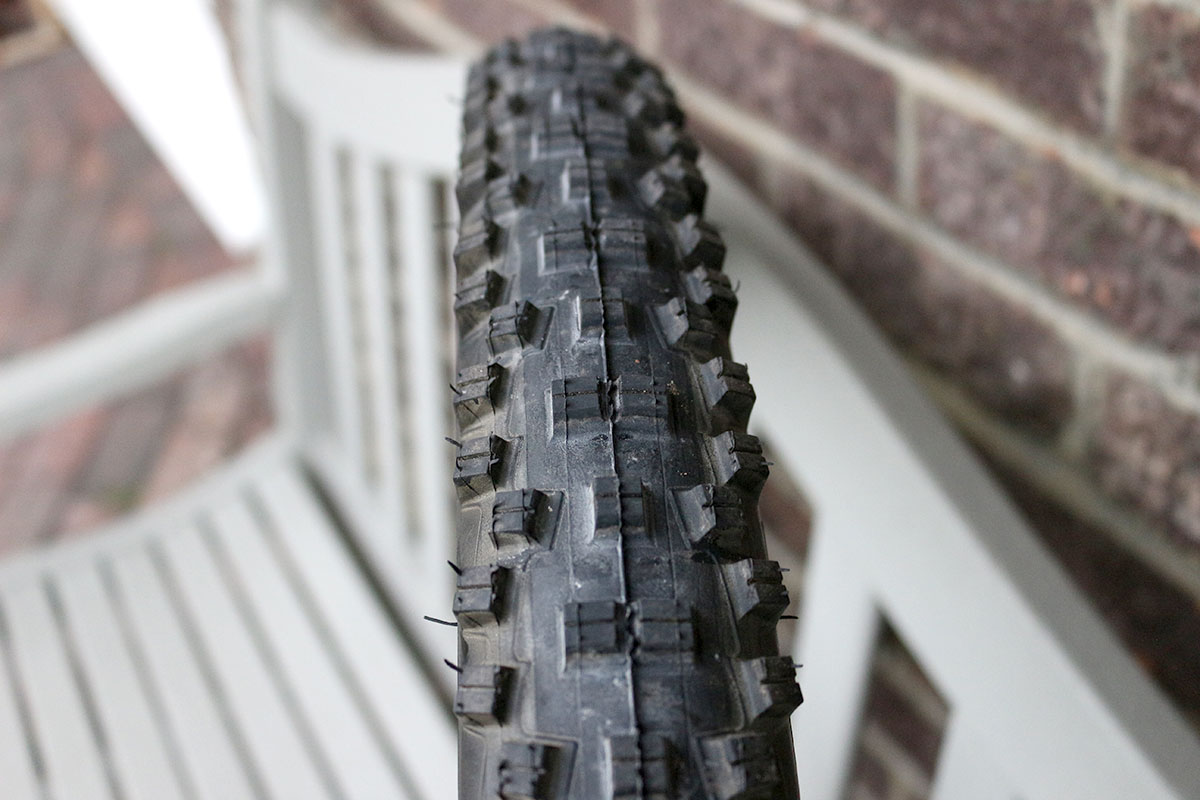 Having cracked the methodology, it was another 20 minutes to get the second tyre off! By that time the tyres had been wrenched and pulled in all sorts of directions.

But that wasn’t the end of the saga.

Taping the ST i25 rims

Next, taping the rims. I had purchased some of the Hunt Black Shield rim tape after seeing how smoothly it had been fitted to the Trail Wide wheels. But trying to tape the WTB rims was anything but easy, mainly because of that weird deep and hooked trough on the rim bed.

Eventually I managed to get things nicely taped, using a huge unrelenting pull on the tape to get it to sit nicely into the trough. By this stage, I was getting pretty tired and pretty fed up!

I subsequently found that WTB tacitly admit their rim profile is a pain. How do I know? Well they sell a double layer system which they claim makes it a lot easier to mount their TCS tyres tubeless – first there’s a TCS 2.0 Solid rim strip which fills the space in the trough; next, a TCS 2.0 Flex tape to seal and smooth the rim profile. Maybe they should just change the rim shape, because without this option the process was absolutely infuriating.

The thing was, after all the hassle to get to this point I still needed the tyres mounted and sealed.

Sealing the WTB Vigilante and STi25 rims with Muc Off sealant

It’s worth noting at the outset that while the 2.3 WTB Vigilantes appear to have a nice tread pattern – a pattern I have high hopes for on the trail – in this TCS Light/Fast Rolling guise there is very little support from the side walls. In contrast, the heavier duty Maxxis tyres on the Jeffsy virtually stand up on their own! 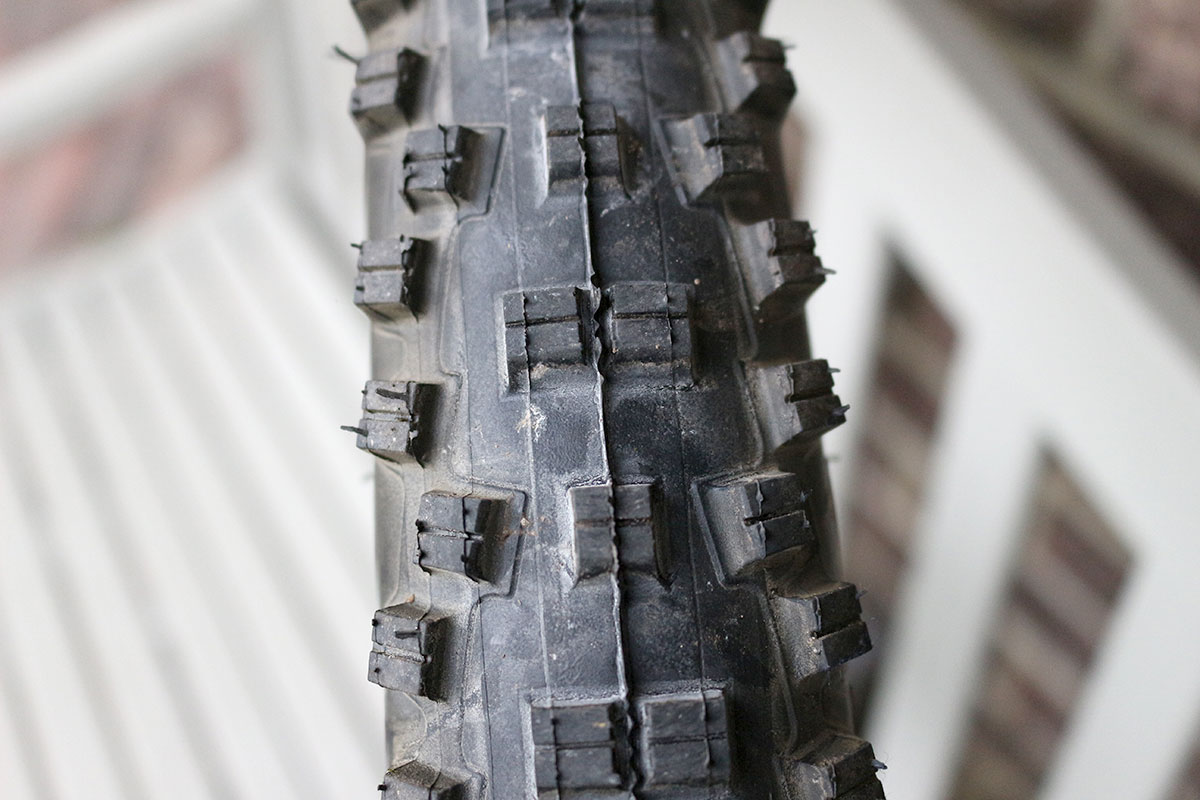 I needed a bit of help from the tyre levers to get the tyres onto the rims and then needed to press the BETO JetAir Tubeless Tyre Inflator into action again, as there was no way the tyres were going up onto the bead using the track pump alone.

After that, all that remained was to seal the deal – or rather the tyres. I’ve recently read good things about Muc Off’s Tyre Sealant and had decided to use that in the Bird’s wheels.

As a system, the Muc Off sealant is well packaged – a valve remover, scoop and small UV lamp came with the 140ml pouch that I used on each wheel. The main selling point for me was reports that it doesn’t ball up like Stans in the tyres, and the pouches are re-fillable and can be carried in a backpack. I like that idea – less waste and a handy backup too.

However, as far as sealing goes? Initially I wonder if I didn’t put enough in because I was following Muc Off’s recommendations to the letter. Try as I might I couldn’t get the damn tyres to seal, so added more sealant – eventually nearly all of one pouch into each tyre. By this stage I was all for having a proper tantrum and throwing in the towel completely.

I persevered. It took some 20 minutes and several goes at re-inflating the tyres before eventually the tyre on the first wheel started to hold air.

Small bubbles of sealant could be seen pushing through the sidewall of the Vigilante which makes me wonder if perhaps my earlier wrestling match had damaged the thin sidewalls. Fluid could also be seen around the valve – maybe the rim profile wasn’t helping either?

This experience repeated itself on the second tyre, but I’m glad to say that once the tyres decided to hold air they have continued to do so and didn’t lose a bit overnight either (nor did the Hunt/Maxxis combo by the by). I just worry the Vigilantes might cut easily from what I’ve seen so far…

So I now have a sore back from a day bent over two wheelsets and charging my BETO JetAir cannister to 150psi repeatedly. I have very sore hands from wrestling with the unforgiving WTB tyres and I have very bruised thumbs from applying the rim tape. I was so sore on Sunday morning that I missed out on a great day for riding – all this effort better be worth it!