It turns out my confusion was justified. There are a couple of Moon Arcturus models available with subtle but distinct differences and multiple ways I’ve seen them described. I think the key identifier is the lower model – the Arcturus Auto – has a red alloy body, whereas the higher spec model is the Arcturus Auto Pro with a silver alloy body.

That aside I’m sure you’re wondering what other difference there might be? It turns out to be output. Both models use COB LEDs but the lower model tops out at a constant 35 lumens while the higher Pro spec manages 50 lumens. That’s not the end of it output-wise – there’s also a daylight flash mode that gives 70 lumens versus 100 lumens of intense red light (repeat after me – do NOT look at the light when it’s on…).

Why so keen on a daylight flash mode?

Good question. After all, most of the time we use bike lights for safety on dark winter nights, right? Well not necessarily. Given my commuting has also increased my road presence during daylight hours, my philosophy has become ‘all things being equal, if you have lights available, use them’. From there it’s a short step to realising if you are going to use them, make them effective!

Now the Moon Arcturus rear lights use COB LEDs, which are really quite something. COB refers to Circuit On Board, and means the LEDs are directly fixed to the board itself. They are very compact and very efficient and are becoming widely used in lighting applications. 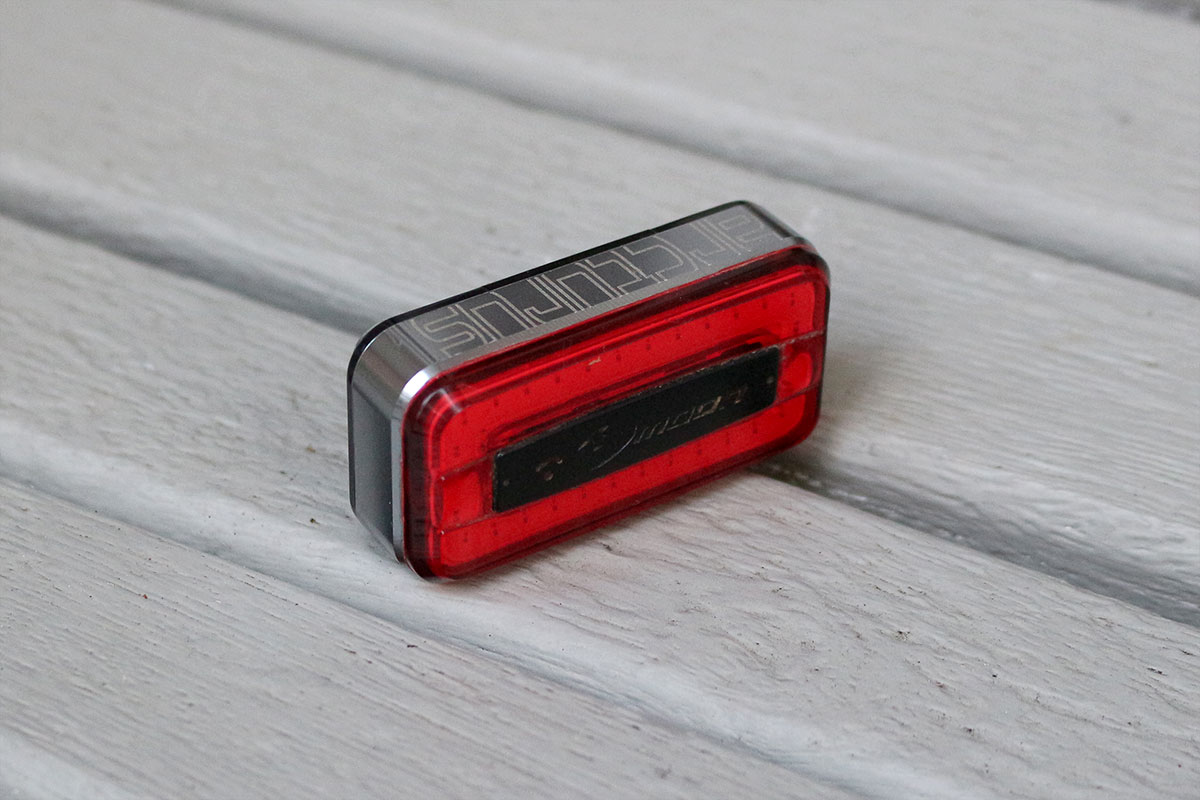 In this instance, the daylight flash mode on the Arcturus Auto Pro pulses at 100 lumens and will run like that for 24 hours if necessary. One charge will easily see me through a week of commuting with the light on all the time that I am riding.

It gives me confidence knowing I am as reasonably visible as I can be from the rear, even though I am riding West to East in the mornings into a low sun (at least during the shoulder seasons), with similar conditions on the way home.

Any other features worth noting?

Yes, one or two I think. The Auto part of the model name is interesting although given my statement above it’s not something I am looking for. Maybe you are?

Basically the Auto moniker means the light has a sensor on it. You can run it so that the light only comes on (at whatever output level you want) when the ambient light drops. This could be nice if you disppear into a tunnel on an Alpine pass for example. Or you want to have the light on only when it’s really needed, to save battery life?

As I intimated, this isn’t for me; I’d rather have the light on all the time. Plus, I don’t think I trust the tech (any tech) to decide when I should have my rear bike light on. So I have to confess I haven’t tried it, but the idea may appeal to you.

The Arcturus Auto Pro is very easy to operate, even with gloves on. There’s a large button in the centre of the lens, so it’s just a case of pressing on and off, then single and double presses to cycle through the respective light modes. Easy peasy.

The Arcturus also has the benefit of being rechargeable off a normal micro-USB connector so I can top it up from most chargers (particularly useful in the office). The runtimes are excellent for me – 24 hours in daylight flash mode, but less if you run the light with a continuous output. But then… it’s rechargeable so that’s not a problem!

Another ‘feature’ worth noting is the build quality.

I’ve had the Moon Arcturus in continuous use now for over a year, and run it on my gravel bike and both my Jeffsy full-sus and my Aeris hardtail MTBs. That’s about 3000 miles of testing. It has been faultless and I am very happy with it. The light is tiny, with a massive output and the alloy heatsink body makes it feel very robust. 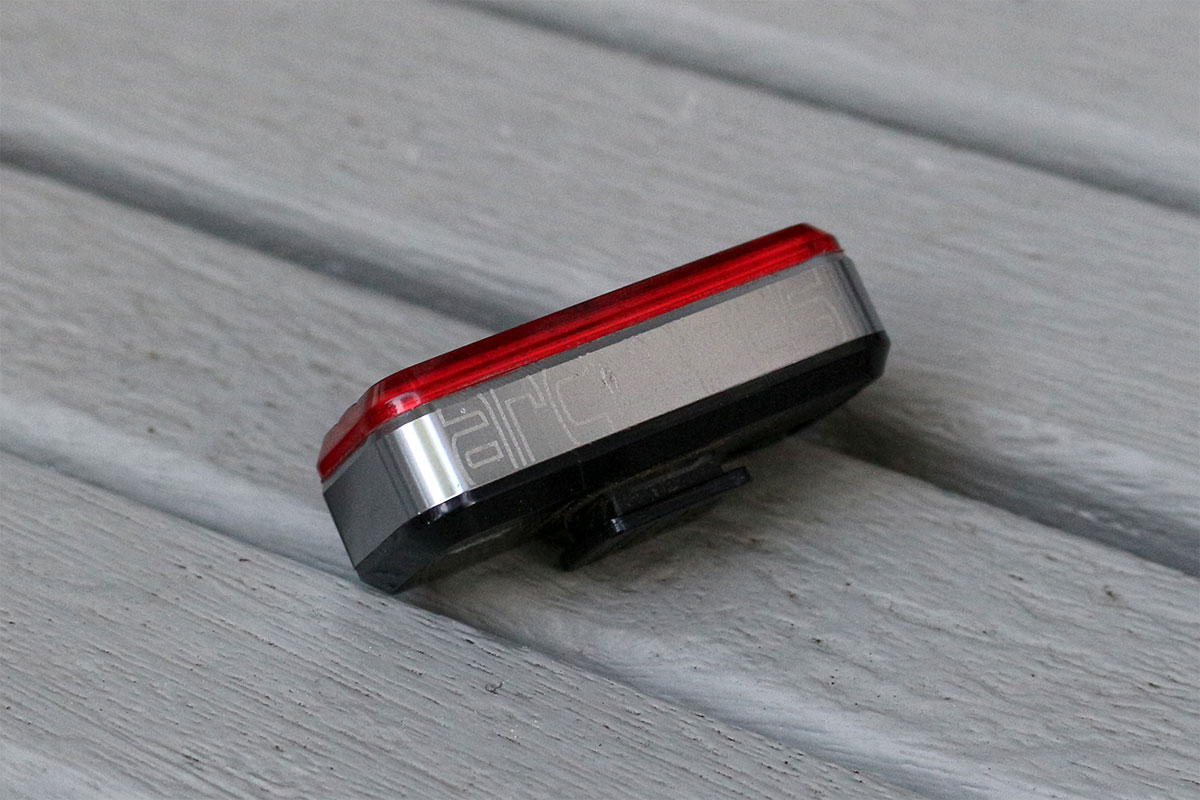 Finally, the Moon Arcturus Auto Pro comes with a universal O-ring bracket which will fit any seatpost, a belt clip (great for saddle bags) and a saddle rail bracket. The lower spec Auto model makes do with just the universal and belt clip fixings.

All are excellent but I liked the saddle rail fixing so much I bought additional ones for my other bikes. Moon will sell you other fixings – Go-Pro fixings and rear rack mounts are catered for too.

You might have guessed by now I really like the Moon Arcturus Auto Pro. It has proven itself over many miles now and gives me as much confidence as I could hope for that I am visible on the road from behind.

The Moon Arcturus looks tidy on the bike (you can mount it vertically or horizontally as you wish), it’s feels robust and is very easy to operate. For the price, I give it a very confident thumbs up.

Filed under Lights, Reviews in October 2019