We’re a little island with not much in the way of mountains. Strange then we apparently go around ‘mountain’ biking in Surrey. Our neighbours across the channel must sneer down their cols at us.

We have so few of these big pointy things that going up them has a certain attraction as a ‘must do’ ride in many a biker’s tick list. One of the most well known routes in the UK is Snowdon. 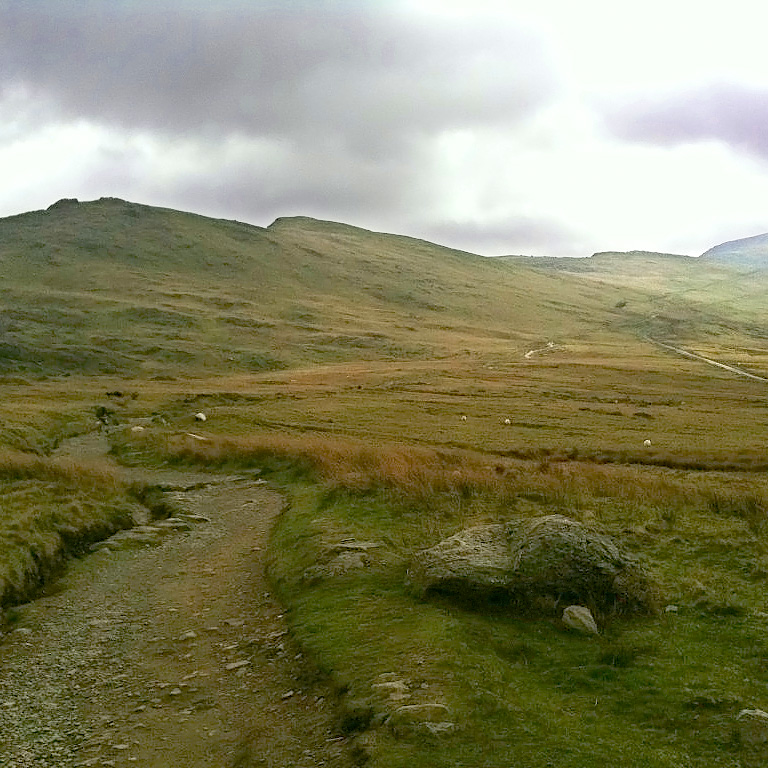 A plan was hatched by Andy when he realised the voluntary high season bike ban would be starting soon, so if we wanted to ride it this side of summer we had better get going. Two moles set off to Wales in search of a little adventure.

Snowdon, literally ‘Snow Hill’, is a little over 1,000m and number 4 in the UK’s list of big pointy things. It’s also one of the wettest places in the UK so April was always going to be a risk. On a bike the natural way up is the Llanberis path, which follows the mountain railway that snakes its way to the top. It’s ‘mostly’ rideable. However, even a small amount of ‘not rideable’ over a ‘very big hill’ equals ‘a lot of pushing’.

The start takes no prisoners with a brutally steep road section as you leave the town. It’s a casual warning of things to come. The first trail section wasn’t too bad and we span away in a low gear. Every now and again a steep rocky section might catch you out and force a dismount but it was soon back in the saddle again to carry on turning the pedals.

The mountain top slowly began to loom in front, its summit shrouded in cloud. We were certainly not in Surrey any more…

Further up things get a lot more difficult. As we approached the penultimate station the track turns sharply upwards forcing a major bike carry. I found the only comfortable way was to have the bike on my back resting atop my camelbak. Andy also adopted this approach. No mean feat with a 170mm travel bike but thanks to the advancement of suspension technology the extra travel wasn’t much of a weight penalty for him over my 140mm set up. He certainly made use of all that travel later. 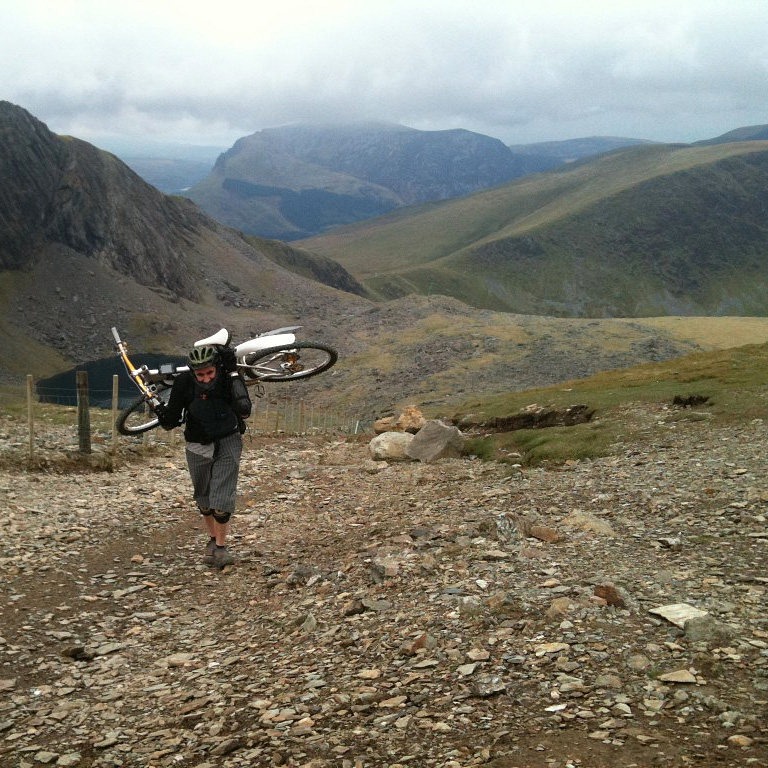 Pedalling was short lived before it was carry time again. This was the nature of the rest of the way up. Alternating sections of spin and carry. As you approach the summit it gets a lot busier too. We were met with astonishment by many kids ‘cor, how did they get a bike up here?’ or ‘those guys are crazy!’. It was starting to feel a little crazy by now as lugging the bikes on shoulders was proving hard work.

With more than a little relief we reached the summit station. Unfortunately the weather had closed in at the top and we weren’t rewarded with panoramic views after all our hard work. We refuelled and still took the obligatory summit photo. 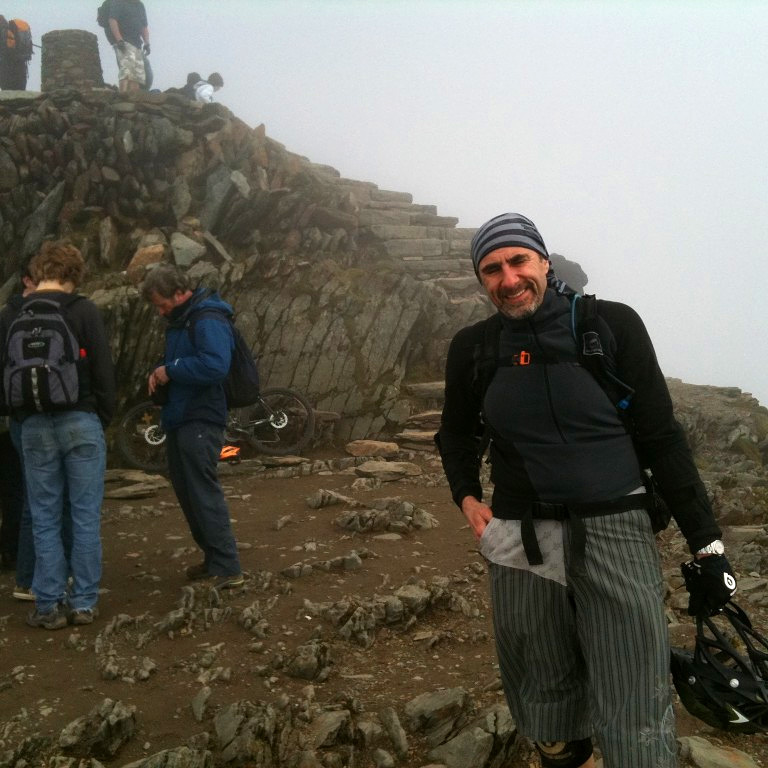 It was a lot colder at the top too and the cloud hung wetly on your clothes so extra layers were donned. Thankfully it wasn’t raining though, which for the time of year was a struck of luck. Overall, it took about 2 and a half hours of grind from bottom to top.

The next instalment will cover the way down…