My goodness this bike has had a weird birth! But I’m glad to say it’s finally up and running.

Back in September I made the decision to buy myself a rowdy hardtail to replace my old Kona Big Unit and my old 2007 Orange Five, both of which I was in the process of selling. Both suffered from old skool sizing and I found them far too cramped compared to my YT Jeffsy – it was time to modernise myself.

I also had a Ride-to-Work voucher which frustratingly tied me in to Evans Cycles. To be honest, I couldn’t see anything on their site that I actually wanted to buy (no disrespect to Evans).

What they did have though was a 2018 Pinnacle Iroko 2 hardtail. It had a Boost-sized Rock Shox Revelation fork on it, set to 120mm of travel and the rest of the bike wasn’t really a bad spec either. 1×11 SRAM GX shifting, 27.5″ WTB wheels and tyres, a bolt-thru Boosted rear end and of course that fork.

With the Ride-to-Work discount it didn’t work out too expensive either. So I bought one with the intention of using it as a donor in the back of my mind. I suppose I could have kept it anyway. It was quite a nice frame in a funky turquoise kind of way and the bike has had lots of positive reviews in the press. I just felt it was a bit too middle-of-the-road for me as I had my YT Jeffsy for my everyday riding. The idea behind buying a hardtail was a contrast to that really.

Enter the Bird Zero AM…

So I had a bike with brand new bits that I hadn’t used. I had some cash from bike sales. After a lot of looking and thinking, I decided to bite the bullet on a Bird Zero AM frameset. Last year Bird updated the Zero AM to Boosted Mk3 form with big tyre clearance, although the fact it was also available in bright blue may have been a key factor!

I know what you are thinking. I hadn’t even ridden a Bird Zero AM at that stage! That is quite true… but my experience with buying the YT Jeffsy online was very positive and looking at the numbers on the Bird Zero AM, I felt quite confident.

The Bird has a longer wheelbase than my 29er Jeffsy but in Bird’s Medium-Long sizing the Reach + Stem length figures come in at about the same, even if the Effective Top Tube on the ML size Bird is 24mm longer. Basically, the Bird is longer and slacker than my Jeffsy which is exactly what I’m looking for – at this stage I’m feeling confident having probably been guilty in the past of not paying too much attention to bike geometry.

Over Christmas I finally started to bring the project together. I had the Bird frame, I’d finally sold all the bits of old bike and so I spent a day carefully fitting clear vinyl to the Bird Zero frame to protect it’s fabulous Atomic Blue paint. 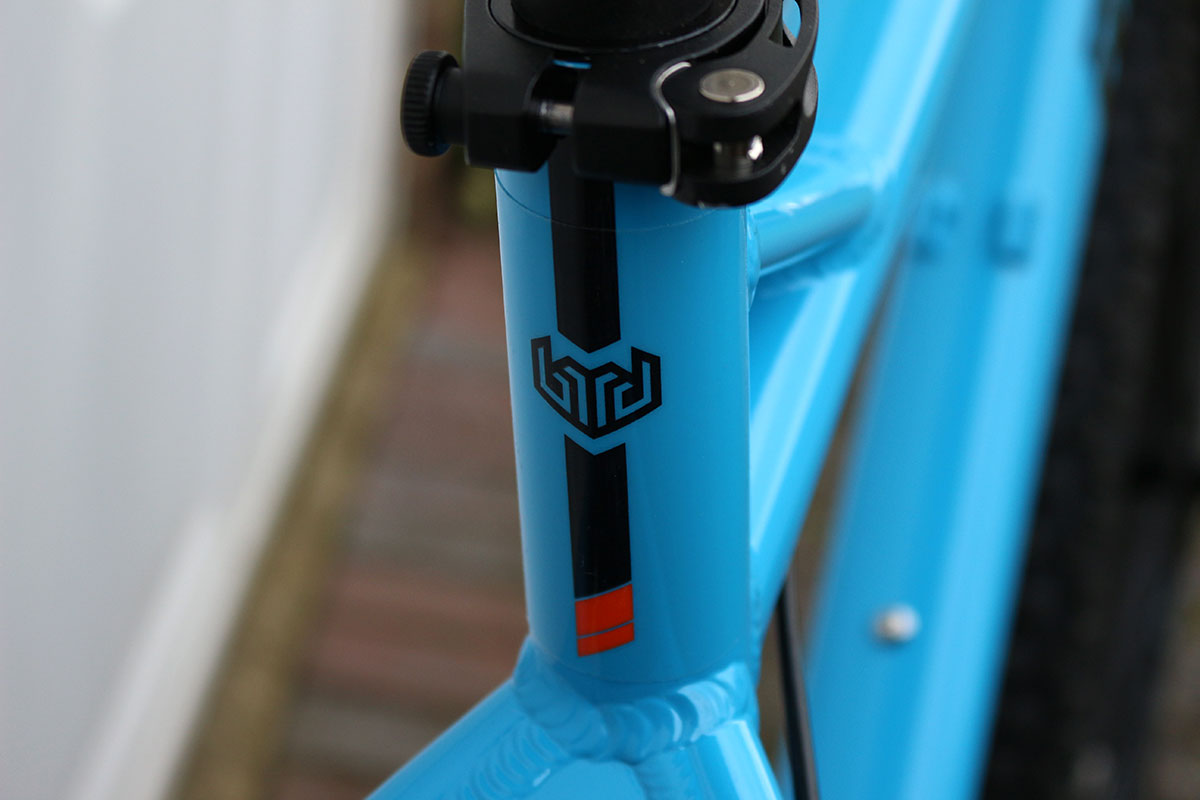 After that, there was another pause. It was damn cold in the garage and I’ve been busy with other stuff. The hold up was adjusting the fork length to suit the new frame which is not something I’ve done before.

Thanks to Jem’s help this past weekend, the Revelation fork is now 150mm travel rather than 120mm and it’s sporting the latest DebonAir spring. Which meant I was finally able to build up the Bird Zero AM and get the never-used Pinnacle Iroko frame onto eBay.

The end result is awesome. I’m really pleased with the set-up even though there are a few key changes I’m likely to make over the next few weeks. The handlebars from the Pinnacle are a very cheap item and a bit narrow at 740mm – given this is a hardtail, maybe some carbon bars would be useful. The short 35mm stem will probably be swapped for something like a 50mm item too.

Similarly the grips are not my first choice – another set of Ergon GA3 grips will most likely turn up soon to sort that. Finally, a dropper post is the most glaring omission at this point and that’s something I’ll need to think about so I make a good choice – it won’t be a Reverb, put it that way! 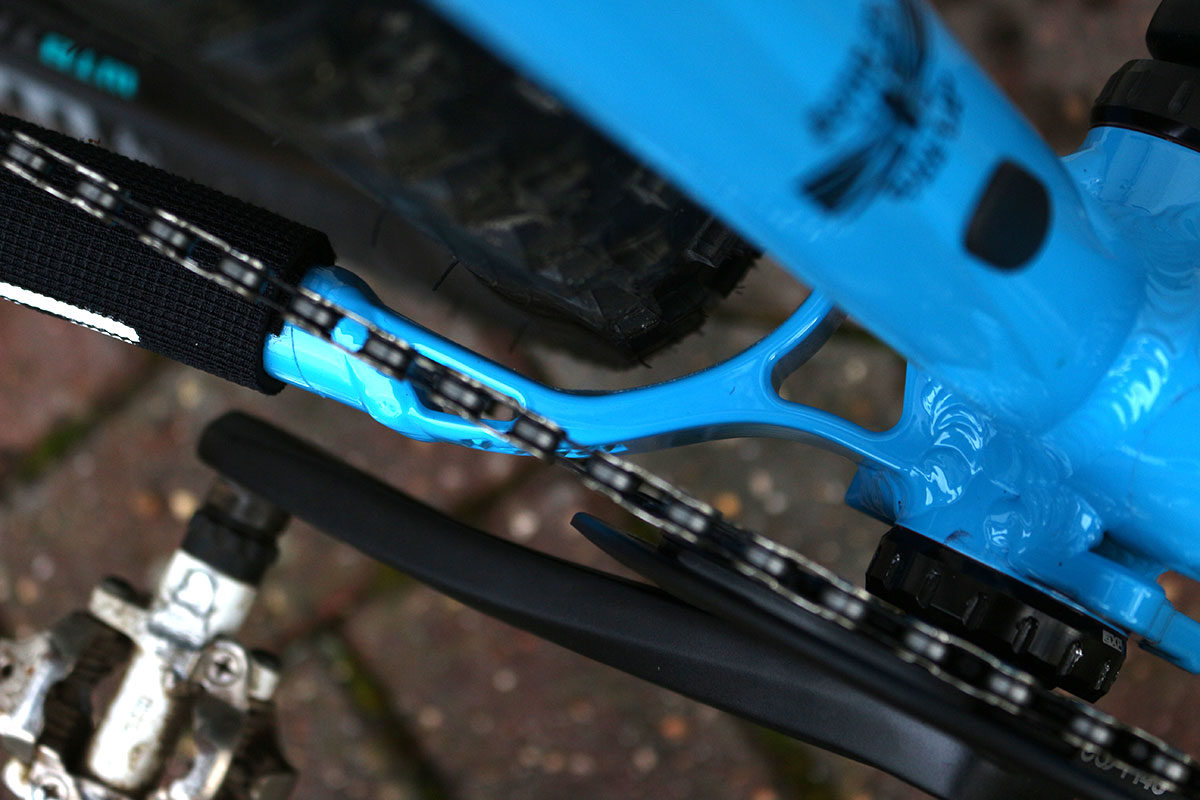 Bird claim the frame will take 2.6 width rubber (which I take with a pinch of salt – 2.4 is more realistic) which means there’s a lot of scope for experimentation in the months ahead too. For the moment I’m runnig the 2.3 WTB Vigilantes from the Iroko.

Filed under Bikes in February 2019